It was another morning, as I slept on the couch as I changed position, I noticed that Doyoung was resting right next to me and he had his hands around my neck. It made me happy that he wasn't such a strict person after all like I had thought,but instead was a caring person. However, what he said that night did hurt my feelings being raped that night was the most scary and terrifying moment in my life. Despite him saying those things, I still wanted to be his friend anyway and be their for him in ever way.

As I got up from the couch, I rested his hands next to him and covered him up with the sheet that I had used. Then, decided to clean up the place sense it was in a complete mess their was open pizza boxes, dirty socks and blood splats everywhere on the floor. The blood spots didn't scare me has I had already been surrounded with blood sense the incident occurred,so it doesn't scare me anymore. Also, I've gotten use to it and too be honest their was more things that I began to wonder about the rest of them as I was cleaning.

Mark: Yes! we are like normal humans, we do have fun by playing pool and hanging around public places. Also, to answer your question we've powers like Doyoung can see at greater distance, Winwin can read people minds and sense people's moves, and Jaehyun can shield people. Furthermore, as vampires we do vampire things like learn to co-exist with humans and fight people who try to harm us or normal innocent people. But, we are not some type of super hero from those trashy human books called comic books nor or we monsters from those shows such as Twilight, vampire diaries, or blood. (Speaks softly/calmly)

Rose: Oh! Thanks for answer my thoughts. Well, what about Jungwoo...what is his powers?

Mark:Oh! Jungwoo. He has the powers to drain anyone's energy, even yours.

Mark: Johnny! (Shocked) I wasn't scaring her more like teasing her and plus, the way she reacted was cute. *smirks*

Johnny: Whatever! *roll eyes* My name is Johnny and this over here is Mark. Don't mind him and his foolish jokes or teasing.

Rose: Nice to me you, Johnny and Mark. My name is Rose...its a pleasure to meet you guys.

Johnny:Their is no need to be so formal, besides we're aware of your presents.

Mark: I can't wait until the other leaders get a hold of her, she is going to a goner and their will be no going back.

Johnny: Mark!! (upset) Stop saying those things to her. Rose, know need to feel frightened the others are not scary as he suggest,but they are more strict as they are the leaders. Furthermore, we have your back so they won't do anything to you and we'll make sure of it.

Mark: Come on Johnny! You're are a leader as well,so...how do you plan on them that?Their is a human living with us and she knows about us...vampires.

Johnny:Yes! as well as Mark. I don't know why he is acting like he isn't one as well? *Glances at Mark* He acts like I would be the only one getting scolded at which is utterly sad.

Mark: Shit! [I forgot that I was a leader as well. How could I forget my status in Nct U.] 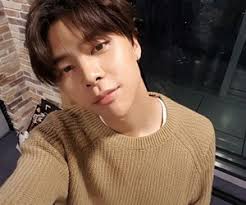 Imagine being in front of Johnny as he defends you from marks dumb,foolish words to try to scare you. (SO CUTE) ^-^ 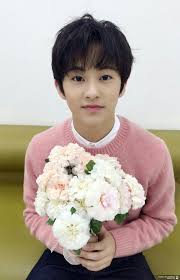 Don't let this adorable, innocent face fool you. As soon as he speaks, those words will shock you. Is is really that Innocent? (I need to know) <_>

After talking with Johnny and Mark, we decided to go out and hang out at the mall. The others were busy sleeping,so Johnny decided to let me have a some fresh air and let me do something. As it was the least he would do, sense I've helped clean up the place in return. Also, he wanted to see what other things us humans do in our spear time as a way to have fun. Which to my surprise, was a nice to hear from both a vampire and a man. It seemed like vampires to become curious as I thought was just a human thing,yet they are not to different from us. So, it wouldn't be hard for them to co-exist with us,but they would've to not use their powers in public however.

As we went to the mall,Johnny and mark faces lit up in 'aw'. It was like they never seen the inside of a mall before nor they have been in a mall before. Which to me came off surprising, I decided to go to my favorite store 'Rose quartz' because I need some more clothes to wear. Sense, I couldn't return home for some months,so I needed some new clothes to wear around town. Rose quartz was a nice clothes,they sold cute clothes for girl and it was cheap.

After going shopping, I decide to take johnny and mark to another store. I wanted to buy them something for being friends with me and it was a token of my appreciation. We went to accessory store where they sell men watches, sunglasses, and earrings. So, I had them pick out their favorite pieces that they like, which they didn't want to at first because they didn't want spend up my money,but I insisted. Johnny picked out a nice earring that was in shape of a cross and mark pick a silver bracelet.

We went out for ice cream and then went back home to the arcade room. As soon as we got back, the others were so worried about me that they were pacing back and fourth. They asked us were we been and other millions of questions as well. I told them not worry because johnny and mark courted me to the places to the places that I needed to go. Furthermore, they were there all the step of the way,so I couldn't be harmed. Which they were all happy to hear, as they calmed down, I decided to buy dinner and eat with them. Then, we all went to bed.

@xXFightMeLoonaXx
You're welcome! Instead of having mark as a cameo I decided to make him have a huge part in the story and tell one part of the story in his point of view(pov). Which would still keep the story going.

i missed u thanks for updating xoxo

thank u sooo much for these updates , Living ! also pls give mark another cameo, love him lol xP