As I was sleeping, their was this abnormal feeling surrounding the room. When it was spreading more and more. I had to wake up because it was starting too get to stuffy and toxic for me. Furthermore, I didn't know if the other vampire's could feel it or was it just. They probably couldn't because their both vampire's and they're use to that vibe around each other. Suddenly, Their was two vampires looking directly at me with a serious face. One of them was really good looking and he was kinda sexy as well.

Lucas: Who is this girl? (Speaks softly)

Jungwoo: She the girl that I saved in the alleyway, their was some stupid humans who were harassing her and they were going to kill her.

Taeyong: So, you decided to bring her here?

Jungwoo: Yes! because she knew so much about us,already. Also, she wouldn't stop following me as I had used my powers to stop those idiots from taking advantage of her. Then, she was investigating the incident that happened that night and got me suck in on it. It was totally annoying,so I had no other choice.

Lucas: You could've just killed her at that very moment. (Mumbles)

Jungwoo: Lucas!! (angry) We can't do that to her,she is actually a nice and sweet person.

Winwin: I agree! She is nice and plus, she also helped clean up around here without us asking.

Mark: *Rolls eye* I told you this shit was going to happen and you guys didn't listen to me at all. (annoyed)

To summarize the conversation within room, they were all arguing over if I should stay or not. I didn't want to become a problem in this situation and it was obvious that they didn't want me here with them. So, I made a decision that I had to leave sadly and that was the most depressing part of it. Likewise, I didn't want to be a burden on them at all and keep them from doing their normal vampire activities. All in all, it did made me sad because I did love being with them and hanging out with them as they taught me new things.

In short, I just wished that the members don't hurt themselves while i'm gone and that they take care of themselves. Furthermore, I wanted to cry in front of them,but I had to stay strong for myself as well as the others who disagree.

Jungwoo: This is wrong, she shouldn't have to leave.(angry)

Jaehyun: I agree! she even bought us things, precious things and it was so kind enough for her to do so.

Rose: Enough! (yells) Its okay, you guys...I thank you for trying,but it is time for me to go.

Rose: I know Winwin *Smiles* I rather leave then be a burden and you guys don't need me here, anyway.

Mark: Thank you! This is finally over with.

Lucas and Taeyong: Don't be sad about the decision,but we don't want to be responsible for her. In addition, she has her own family as well and they might be worried about her.

Taeyong: How long were you guys going to keep her here?

Mark: Jungwoo was planning to have her stay here for a month.

Lucas: Yeah! no, not going to happen. *Reads book*

By the time the sun got down, I had already returned home just in time. My grandpa was lying down in his room as expected,so I had kissed him on the cheeks. Then, headed to my room which was still in the same state that I had left it in. It made me happy to be home again although, I truly did miss the guys very much. Despite my feelings, I tried to forget them and go to bed for a normal day. 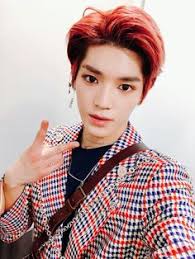 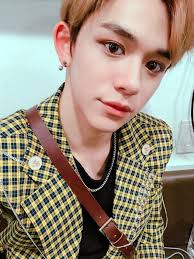 Don't let them fool you as well, they are very dangerous men and they will steal your heart, literally. ^_^

Winwin: How can they both have the nervous to do this to a girl and don't have no regret.

Jaehyun: I'm going to miss her very much.

Mark: You guys are a bunch of wimps,she is just a human...a snack. We don't play with our food.

Mark: What the hell!? (Shocked)

Jungwoo: This is all your fault! If you would keep your fucking mouth shut, then none of this would've happen. *Leaves*

Mark:What did I even do? (Stunned)

Doyoung: More like what the hell did you say than what did you do. Also, mark she gave us our gift from the mall. She isn't a problem for us...think about it. *Walks out*

Rose, none of this was your fault. Please Rose, don't take this as if this was your fault nor that you was the cause of this. We never had a human live with us before nor be nice or kind to us like you have. Therefore, We will find away for you to stay with us and be with us again. I can feel you and I know you didn't want to leave us. Hang in there! - Jungwoo

@xXFightMeLoonaXx
You're welcome! Instead of having mark as a cameo I decided to make him have a huge part in the story and tell one part of the story in his point of view(pov). Which would still keep the story going.

i missed u thanks for updating xoxo

thank u sooo much for these updates , Living ! also pls give mark another cameo, love him lol xP