Homepage › Stories › Ease Into It › Chapter 4

No Options, and Filtered Sunlight

Morning came quicker than Asha expected, she lifted her head her dark brown hair tangled from the night of passionate sex she'd had with the beautiful stranger she'd met. Her head greeted her with a slight headache, and she whined quietly then looked to her right where he was sleeping.

Smiling a little she pulled out her camera and snapped a picture, he looked so peaceful - she couldn't help herself. With the lighting filtering in through the window, he looked almost angelic even though his rough touches sent shivers down her spine. "Good morning," she whispered when she saw his eyes crack open, and a small smile curve on his perfect lips.

"Good morning," he repeated to her, his timber voice making her heart skip a beat.

"Last night was amazing," she told him, she liked the idea of inflating his ego.

"Hm, I'd have to agree with you on that," he told her as he pulled her down beside him, and into his arms. He took the camera from her then snapped a few pictures of them together. Asha wasn't even sure if she'd ever see him again. She wanted to, see him many times over and over - not just for the sex either. It was very obvious to herself that she wanted to get to know this man. Choi was very mysterious to her - she didn't know anything other than his name and that he had magic fingers.

"I'd like to see you again," he spoke to her, his eyes lifting to hers a hint of amusement dancing in them.

"Yeah? Well, I'd like to see you again too, many times," she told him honestly with a smile on her lips. He pressed his mouth to her lightly, running his fingers through her tangled hair.
"Good, because it wasn't an option," he grinned at her. 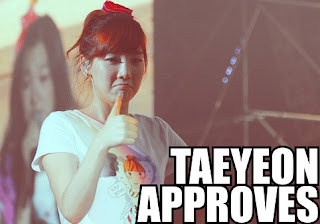